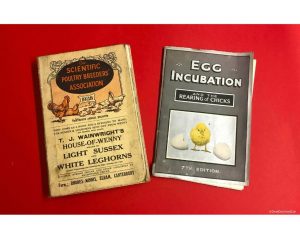 Found – bottom shed belonging to an old relative of my Dad’s.

A life’s paperwork layered and packed down in a tin trunk.  The years of collecting items, and stacking them with good intentions – in the early years  at least – neatly on shelves meant that as the years built, up so did everything else in the sheds.  The tin trunk was found in a small nook in the corner of the furthest away shed on the land. As relatives passed away, their possessions were passed on and with seemingly never ending supply of sheds and room for anything and anything in a room –   most things were kept. On finding them, they were often untouched since they were moved to a shed. The tin trunk was a mottled ochre with rust and dented by it’s imposed position. On releasing  the clasp the trunk’s depth of damp space was filled with  layers of  receipts of a rural existence; farm tools, animal feed deliveries and chicken coups, as well as correspondence with poultry farm letterhead as Pamphlets and notices from ministries and boards  that heaved authority  and directives from a different era;  The Ministry of Agriculture and Fisheries,  The British Oil and Cake Mills.

Likely belonging to my Dad’s great Uncle, his life not so much pieced together in front of us, but rather his expenditure  for running a poultry farm  and guidance for rearing fowl by the book. In it’s hey-day , I have been told it had over 100 chickens and supplied the locals with portioned up eggs daily. Away from the chickens his time appeared to be furrowed in to local gardening shows and smoking superking sized cigarettes. He seemed to be equally blessed at excelling at both with a  gallery of ‘Best in Show’ gardening certificates  amongst the hundreds of cigarette cards offering snippets of information deemed worthy enough to accompany a smoker’s time, fenced into a 67 x 36mm existence accompanying what must have been a nigh on  60-a day addiction. 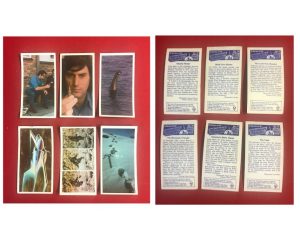 But changes in industry and the introduction of supermarkets meant that demand and shopper habits changed, and the farm was no longer able to keep up.  I have a very fleeting recollection as a child, peering up at these cardboard towers of blue and green two dozen sectioned egg trays, stacked  floor to ceiling high in dilapidated sheds and chicken coups,  a time long after the farm and my Dad’s great Uncle and his 60 –a –day habit had wound down. 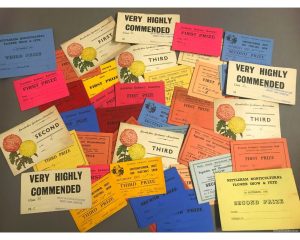 Some of the items found in the trunk :

Some history bits I found: 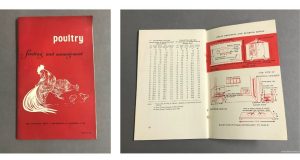